How do students at Fryeburg Academy create, learn and tell stories? 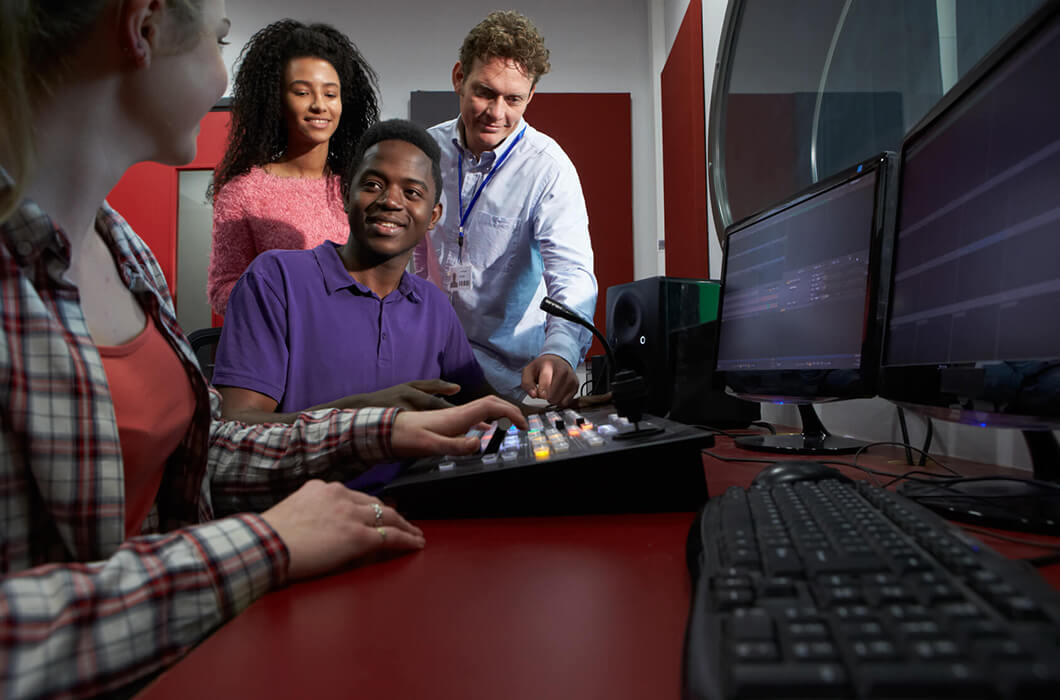 Fryeburg Academy, a day and boarding school in Maine, is an independent preparatory school that prides itself on providing a supportive yet challenging environment for their students. The Academy believes its strong school community fosters learning and growth in all of their students, and its comprehensive co-curriculum cultivates generations of students who graduate well prepared for the future.

A recent addition to the school’s curriculum to help further the Academy’s mission is Filmmaking and Broadcast – a course that requires its students to create content for, report, shoot and edit their own news show. After weeks of hard work and behind-the-scenes efforts, FATV is broadcast online to the news team’s fellow classmates and faculty.

“We use one of our editing station iMacs as a digital TV studio and installed the mimoLive software. There is no way I could have started a News Media class with the expense of a traditional hardware based studio.” said Mike Dana, a former motion picture cinematographer and creator/teacher of Filmmaking and Broadcast at Fryeburg Academy.

In line with Fryeburg’s mission of offering students a well-rounded curriculum that will prepare them for the real world, the FATV news team is run totally by students – eight in total this year – under the guidance of Dana. They are responsible for all of the work that goes into creating a news segment and have learned the ins and outs of video production because of it. “The kids love it,” said Mike Dana.

Lead anchor and sports expert Forrest Emery said, “It’s definitely a lot of fun. I’ve learned a lot about the profession that I don’t think you would otherwise – stuff you wouldn’t think about normally if you were just watching the news at home. There’s a lot that goes on behind the scenes.”

FATV exposes Fryeburg Academy students to experiences they would not otherwise have. “This would have been really tough to pull off 10 or 15 years ago. The rules haven’t changed; there’s still a certain structure and a certain way of making a plan, but the kids can now use the technology on their own,” Dana said. “With a little guidance, they’re able to tell stories. With mimoLive (which is a software-based studio in a box, basically), a computer and a green screen on the wall, we can make news shows.”

Of his students, Dana says he’s seen them grow immeasurably just over the past year because of their involvement in the class. “There is always a difficult period getting students comfortable with doing interviews and asking questions of their peers and teachers, but they always get over that and gain a lot of confidence as they do more shows and segments,” he said. “Wait till you see what our students here at Fryeburg are able to accomplish with hard work, creativity, and mimoLive software for the Mac.”