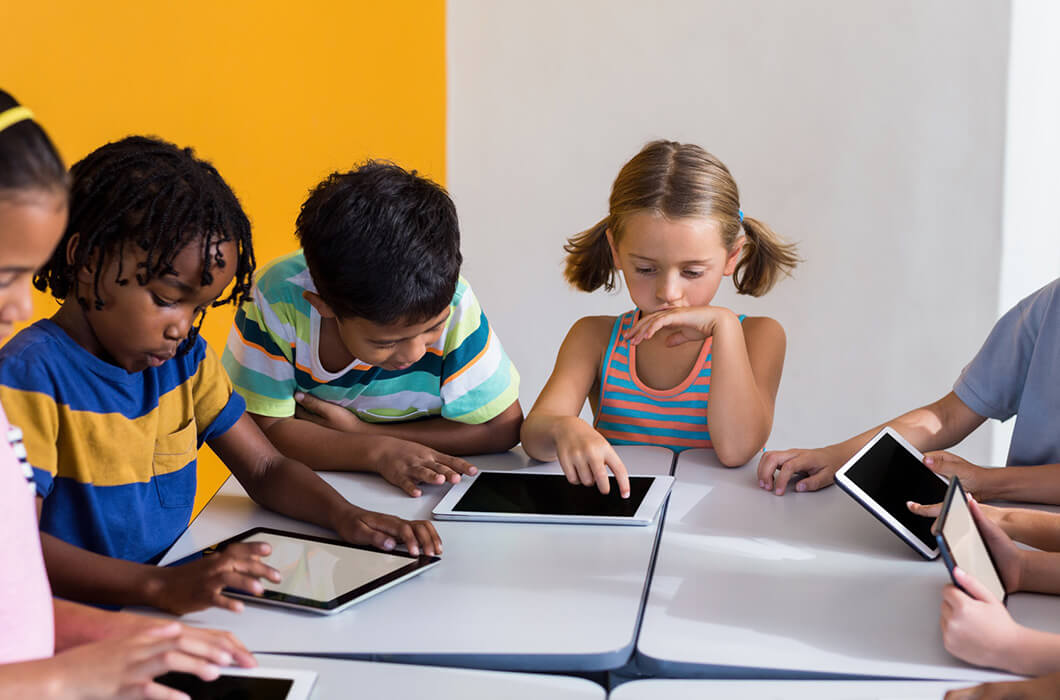 Five elementary schools in Manor Independent School District in Texas are brightening up their mornings with student-run news shows to deliver announcements to the student body. The schools, which include Manor Elementary, Pioneer Crossing Elementary and Decker Elementary, each host their own show, and each has its own unique personality thanks to its anchors. At Manor Elementary, the main anchors are the president and the vice present of the Student Council. Other students rotate in and out for their chance to cohost each week.

“When you want to run daily video announcements, you want it to be as simple as possible for students of all ages to be able to learn and use effectively,” says Jacob Luevano, an innovative teaching strategist for Manor. “As a sponsor for the program, you want to be able to trust your students to be able to run the entire broadcast without your immediate help.”

In fact, the only thing that Manor Elementary’s sponsor Pamela Gray does is type all of the announcements into the teleprompter before each broadcast, but she hopes that next year another student will be able to take the reins. For now, the students love the easy setup and the ease of adding new placers as needed in the broadcast. Plus, they can’t get enough of how professional it all looks!

There are plenty of bloopers however, but they only add to the fun. During one show, the teleprompter director had their hand in front of the camera over the course of the broadcast. Another time, the green screen fell down and covered one of the anchors, making them look like a floating arm on screen. During one of the last broadcasts of this year, the two anchors had allergies and couldn’t stop sneezing, so the team had to continually re-tape. Everyone was laughing so hard that it was difficult to focus on the task at hand. Perhaps a bloopers edition of the show is in store!

In the future, both Jacob and Pamela hope that all five elementary schools will be able to do a news show every morning rather than recording them one week at a time. That way, it would be a lot easier to keep the most current news on the show. They are even playing with the idea of a Friday special show to include more content.

“The news show gives very advanced tools to students as young as second grade,” Jacob says. “They need to plan ahead, be able to storyboard and present in a very unique way. Running a news program also gives many responsibilities to more than one student. Although only one student uses the controls, that student has to work very closely with the team to make sure it all runs smoothly. We do have plans to expand the daily announcements to our middle school campuses next school year, and we really hope it takes off.”

Check out Manor Elementary anchors Rilyn and Mercedes in their broadcast above! See what Pioneer Crossing Elementary is doing here, and watch one of Decker Elementary’s broadcasts here!