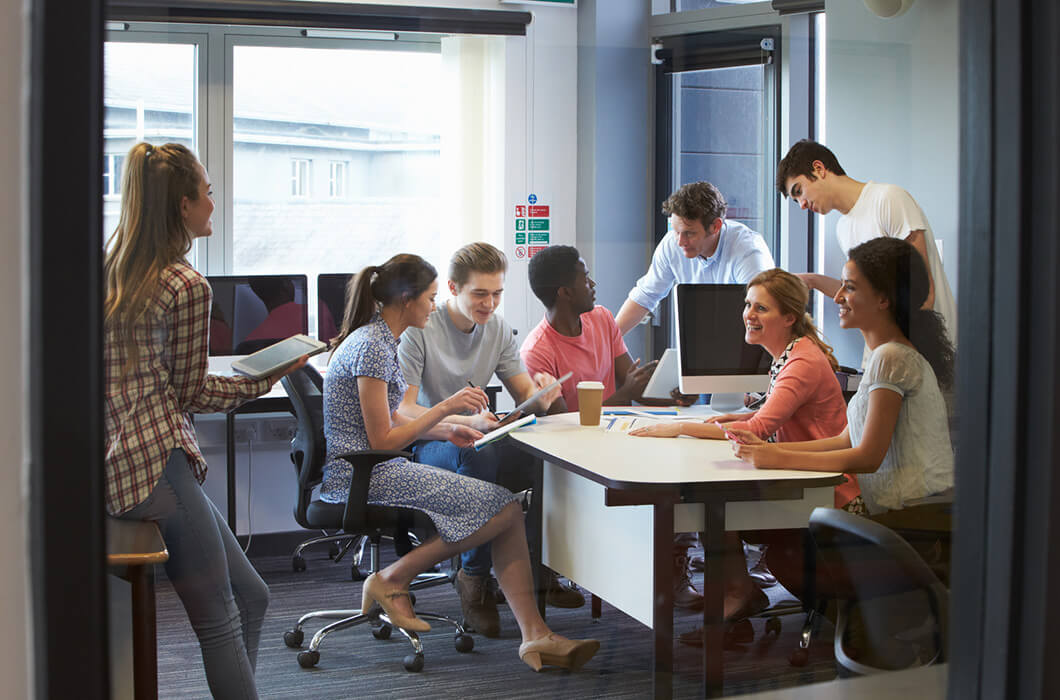 Peter Young has been an internet expert since 1973, when the internet was still called ARPANET. His computer career began with ARPANET, and then he graduated to ALOHAnet, the first wireless packet data network available to the public. He then did some computer networking on MILNET, a branch of ARPANET that specialized in the United States Department of Defense. Once the internet became the internet we know today, he served as a television host and reporter on technology for NBC, married a television news and entertainment executive, and eventually became a professor in New Media Technologies at San Jose State University. It’s safe to say that Peter knows his stuff.

He discovered mimoLive right when it came out and has been using it ever since. Because of his background, the technology is particularly exciting to him, and he is fond of using it in his classroom. Peter used mimoLive with his students as early as 2011 and began demoing it regularly in his New Media Technologies course at San Jose State in the fall of 2012.

“It is now on my recommended software list,” Peter says. “This fall, my advanced New Media Technologies class will be using it as the framework for a series of three 30-minute internet-based TV news shows.”

Using mimoLive with college students was exciting because all of the story ideas came from the students. Peter allowed them to decide what they wanted to report on since the real focus was on learning the software, writing, shooting, talking and recording simultaneously. They came up with ideas in small teams and then storyboarded the shots and set using Sketch and Illustrator. The audio was recorded on Audacity and fine-tuned, and then it was time for the on-screen fun. The teams wrote out their scripts and read them into the camera, using mimoLive to show them the results. Finally, they could add little details like pictures and crawls, and the team put together a 10-minute broadcast with all of the assembled parts.

“This was the first time many of the students had used most of the software, so the results were a trial!” says Peter. “It made everyone think, laugh and think some more. This is why I plan on implementing mimoLive in my advanced New Media Technologies course for the fall, since folks coming into that course will have already completed and learned the software required.”

In his class, Peter also plans on teaching his students nearly all Adobe products of interest, and they will eventually script and prototype all of the material for use on mobile devices. His main goal for the term is to showcase this advanced course for the California State University system’s “Excellence in the Classroom” project to show his colleagues around the state how new media technologies can and should be integrated into the curriculum.

Peter will soon be beta testing mimoLive 2, and if all goes well, he will be updating his classroom system to support the new model. Come that time, we’ll be following up with him again to check out all of the fun!

Best Business News for Students at the University of Guelph, Canada