How to use a Teleprompter 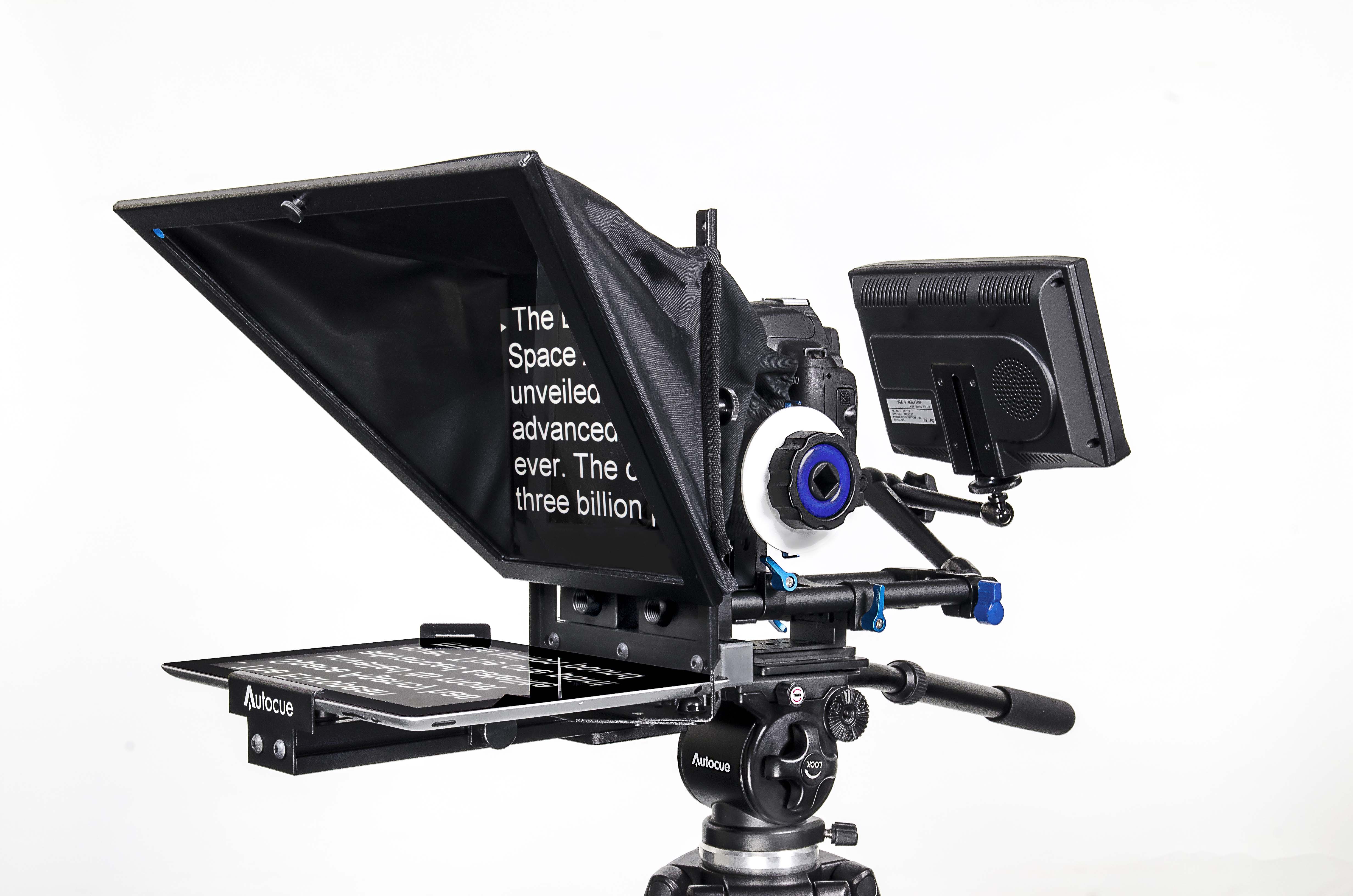 What is a Teleprompter used for?

A teleprompter is a device that displays ‘prompts’ or ‘lines of speech’ to the speaker. It is placed below the level of the camera so that it is not captured on film, but still remains visible to the speaker.

It is extremely helpful when the subject needs to read out lines from a script and the content is too large to be memorized.

How does it work?

The subject needs to be looking straight into the camera and not elsewhere. So it is important that the lines are displayed to him/her as he/she does this.

A flat display screen is placed horizontally below the camera, so that it cannot be seen or captured on film. A mirror is placed at a 45° angle to it, so that the text displayed on the screen is reflected across to the speaker. The camera shoots above the mirror. This way, the speaker sees the lines as he/she looks into the camera. All he/she has to do is read out the lines. (Read more about the correct setup of a recording studio.)

How to use the Teleprompter properly

Before shooting, it is important to be familiar with the teleprompter. There is a software which scrolls the text down as you progress through the lines – and this is controlled by a scroller in your hand.

Practicing with the teleprompter beforehand is a good idea, because that will help you ‘iron out the chinks’. For instance, if 911 is displayed on the screen, do you pronounce it as ‘nine hundred and eleven’ or ‘nine one one’? That would depend on the context, and overcoming this hurdle before going ‘live’ is better than trying to tackle it in the midst of your speech. If you realize later that you made a mistake, as would become evident from the rest of the words that follow (these wouldn’t be displayed at first), you might become nervous and that has a telling effect on delivery.

To feel the most comfortable, practice at the location where they will be filming you.

How to use it without appearing strange

Introduction to apps that can be used for this

Mobile phones/devices have become as powerful as computers, and there are apps you can use in place of the scroller to control the teleprompter, which is powered by a computer. Apps are available for both iOS and Android devices, and these connect via Bluetooth to the PC which displays text
on the teleprompter.

iOS apps (you need an iPhone/iPad for these) include iPrompt Pro, Prompterous, Prompster Pro–Public Speaking App, iCue and Teleprompt +3. These are great by themselves and do away with the need for a teleprompter – perfect if you don’t have access to one. They convert the iPhone/Pad screen into a teleprompter screen, and you needn’t hold them in your hand – they can be mounted on a tripod and placed below the level of the camera. If you are recording using the same device, it is perfect – what more do you need?

Another iOS device controls the speeds of the teleprompter app.

Learn how to produce an entertaining, professional Morning News Show at your school!

Morning Announcements as a School-Intern Source of Information?

Your school's morning announcement doesn't have to be the same old routine everyday!